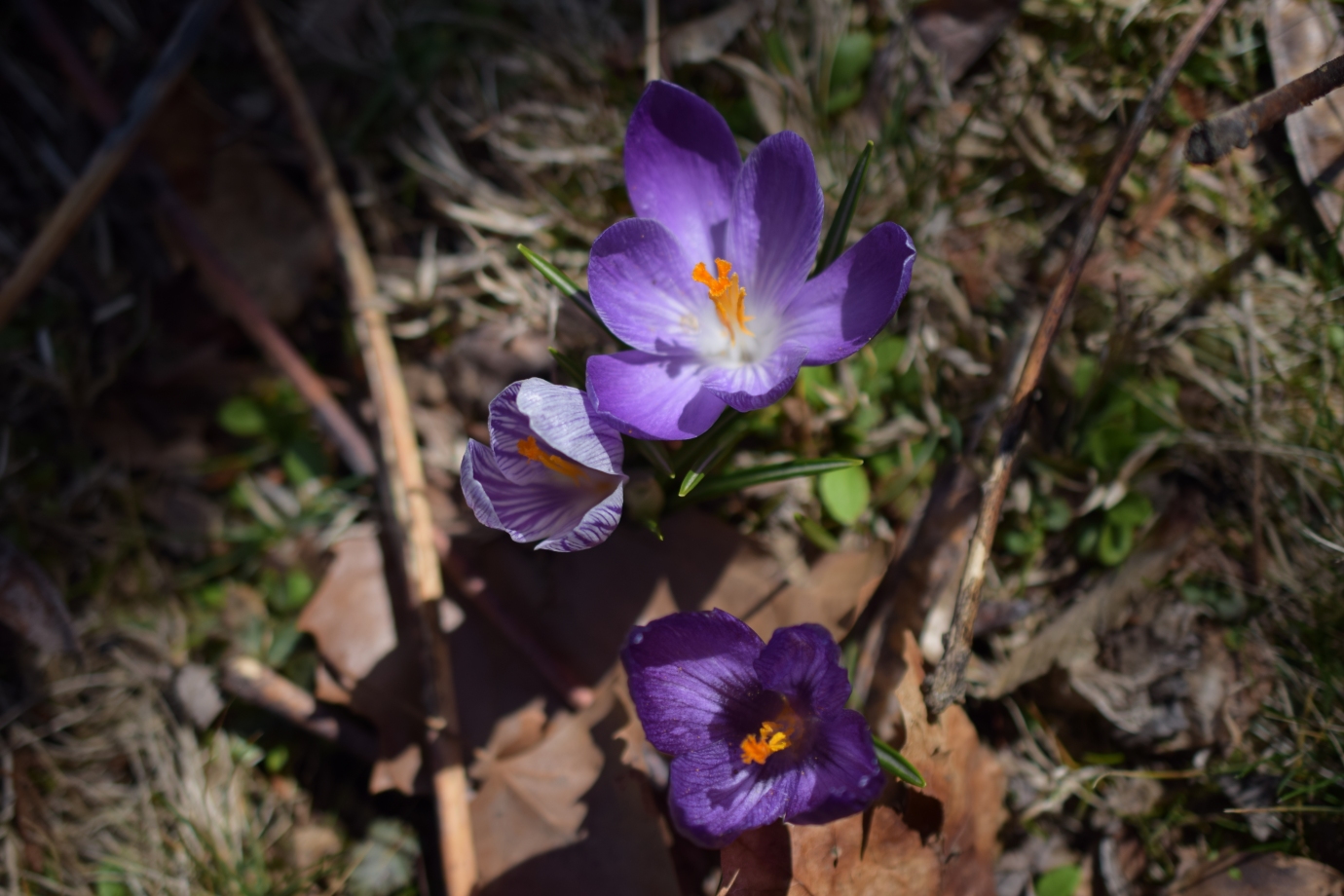 I wanted to post this before I had zero time. LABASH is coming up THIS WEEKEND!!! Very excited! (If you don’t know what that is, it’s a student-run networking event for landscape architecture professionals and students with lots of speakers and free stuff). Except for the whole having to talk with other people and “network” part. At least I will get a sticker with my logo on it haha! Yeah…

Here is the pin that I designed! 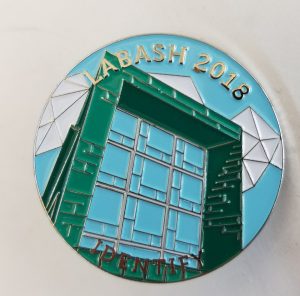 Next Wednesday, we are leaving for TEXAS where NAIGC nationals (AKA club gymnastics nationals) will be held this year! Also exciting: LOGAN is coming with me under the guise that he wants to visit with a landscape architecture firm (MESA design group) that is about an hour from where the meet is being held.

Just kidding! But I did get interviewed about my honors thesis project on planting lawns with native plants on reduce all the harmful effects of lawns like gas consumed from mowing, water waste, fertilizer waste, and water pollution. Here is the article if you’re interested!

Spring Has Sprung (But Not Really)

Here are some nice pictures I took with my cool new lens on Saturday: 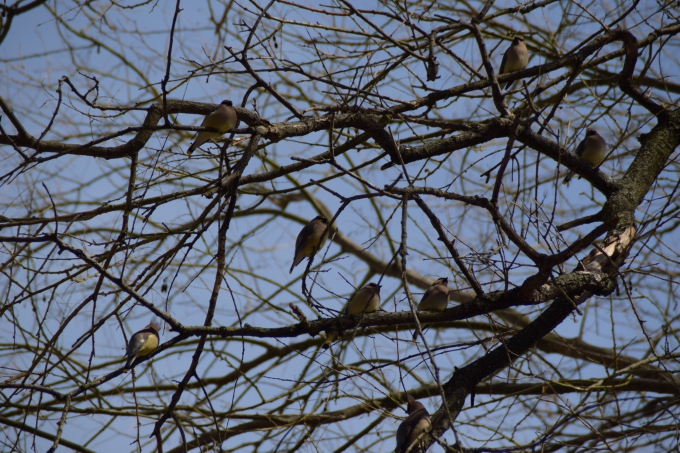 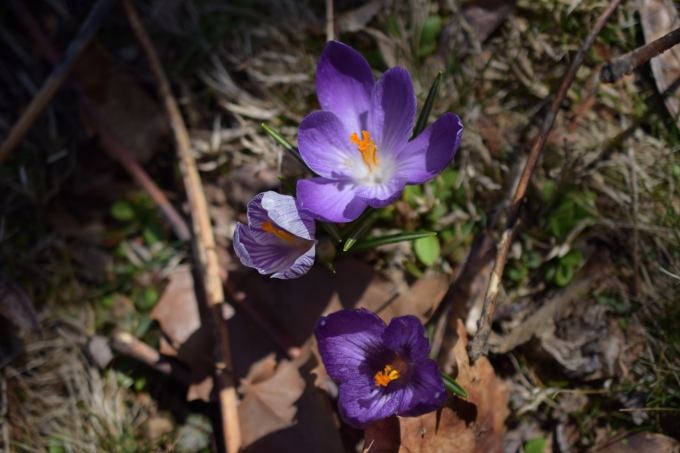 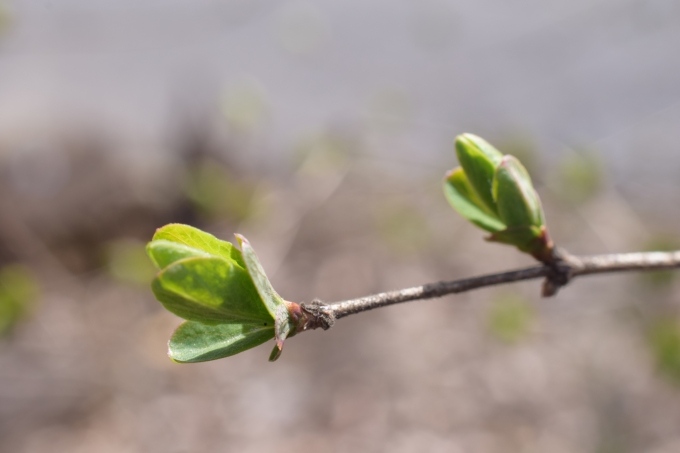 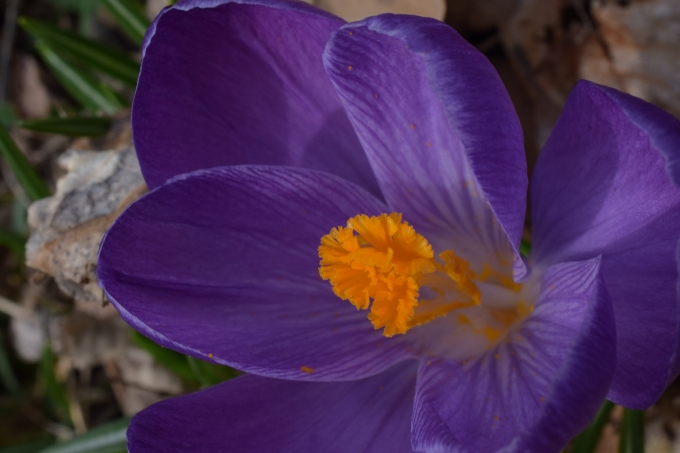 And here are some pictures I took on the way to school today: 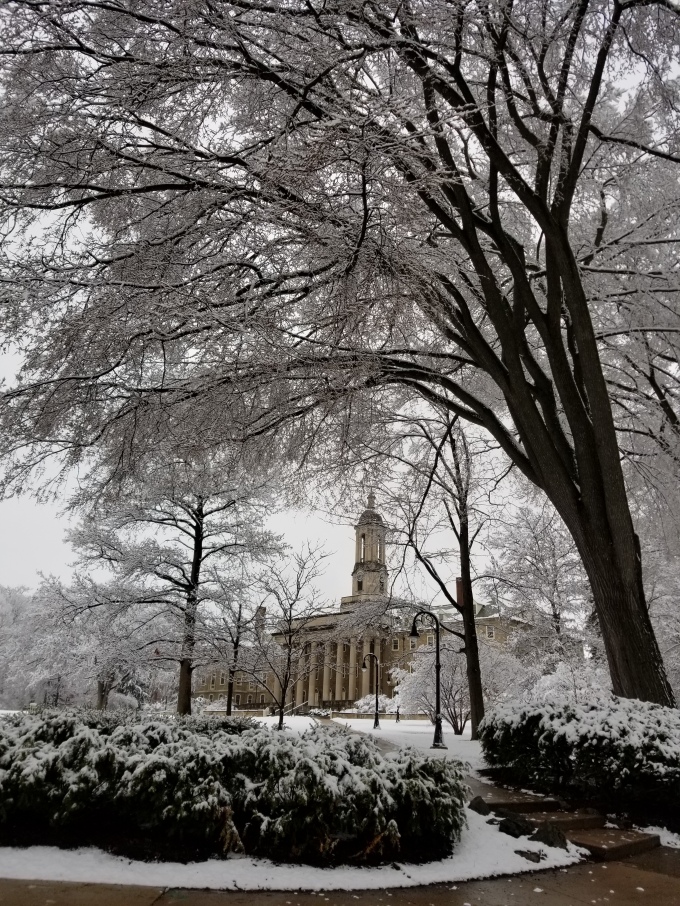 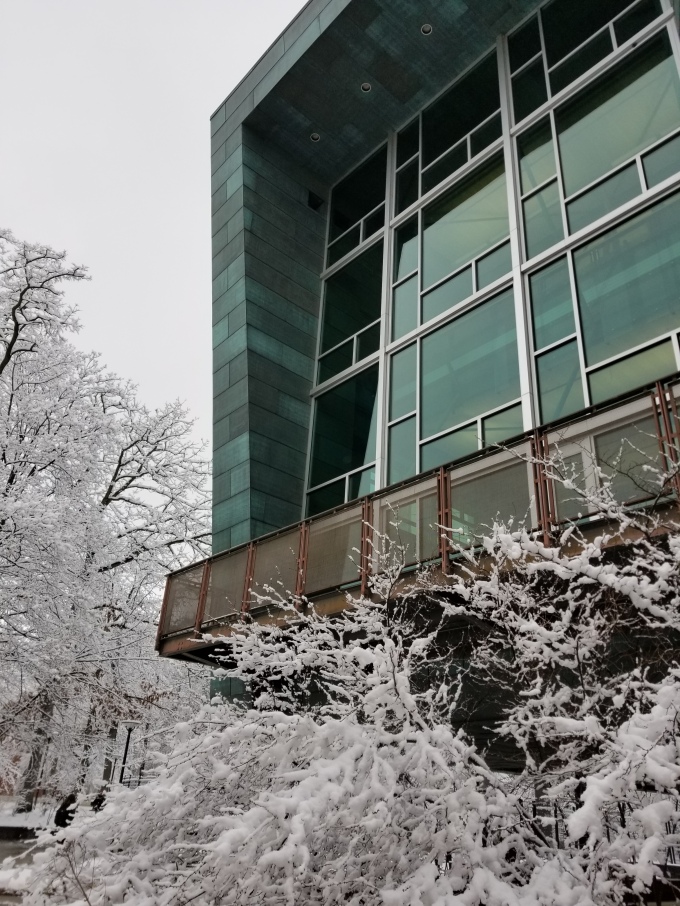 WHY is there snow outside?!?! 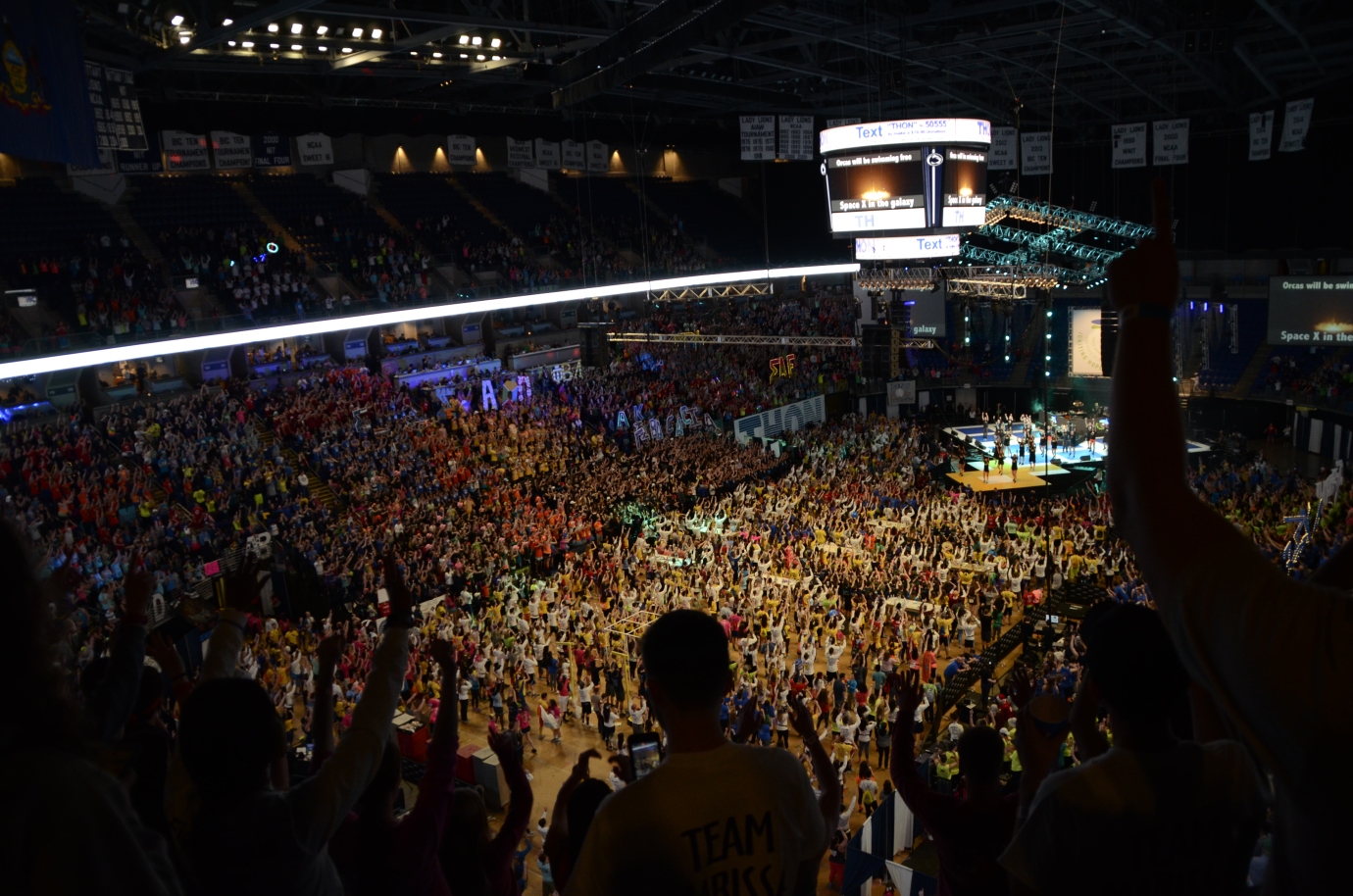 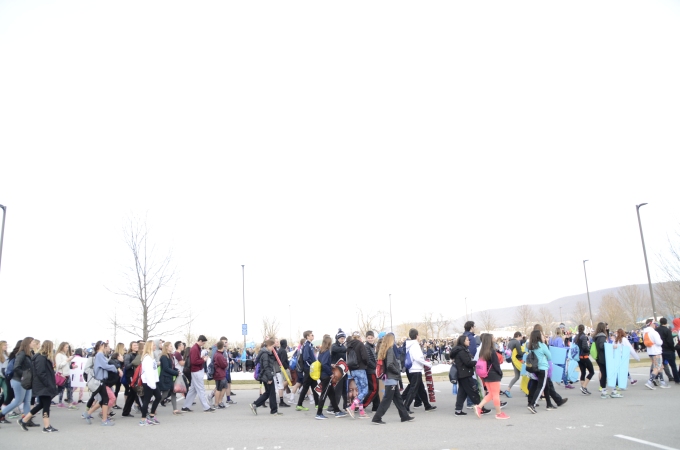 You can’t tell because I’m short but this line is very very long. These are all the groups waiting to go into the BJC and LASS was at the back of the line.

I know that I’m not as involved or excited about THON as most of the other people at this school. However, I decided that this year I was going to actually do the THON experience. I went with LASS (landscape architecture student society) and got passes to enter right at 4:00 when the BJC was open for business. Unfortunately, as many people involved in LASS THON (so many acronyms!) were also involved in THON ORGS (organizations that are exclusively for raising money and supporting THON families) there were only four of us available to wait in line with our giant foam letters. We waited in this line probably for a good hour and a half before being able to enter the BJC. Once inside, we pick a section of seats and sat down until everyone had to stand. If you are confused as to what THON is, this is my interpretation: THON is 46 hour dance marathon. The dancers, who represent the different THON organizations, student clubs and fraternities, must stay on their feet and awake for 46 hours. All the clubs and orgs and such stand in the audience supporting and watching the different entertainers that may perform throughout the weekend. It’s quite a spectacle. I personally don’t think its all that healthy to be awake and not able to sit down for two days but its all FTK (for the kids).

But back to my story which isn’t really all that exciting. So we put our giant foam letters in the seats. These are letters that the different groups in the stand hold up to identify their location and show the dancers on the floor that they are still there in the stands. Anyway, we didn’t actually hold up our letters because there were four of us and five letters. You may be wondering, “doesn’t ‘LASS’ only have 4 letters?” Yes but we didn’t want to be responsible for the word that would result if the person holding the “L” were to sit down. So we went with LARCH instead.

Some super exciting and cool things that I got to do/see:

In total, I stayed for about 9 hours which is nothing compared to most of the people I the stands, but I’m still glad I stayed for long enough to actually get a feel for what it means to be awake and standing for almost two full days. 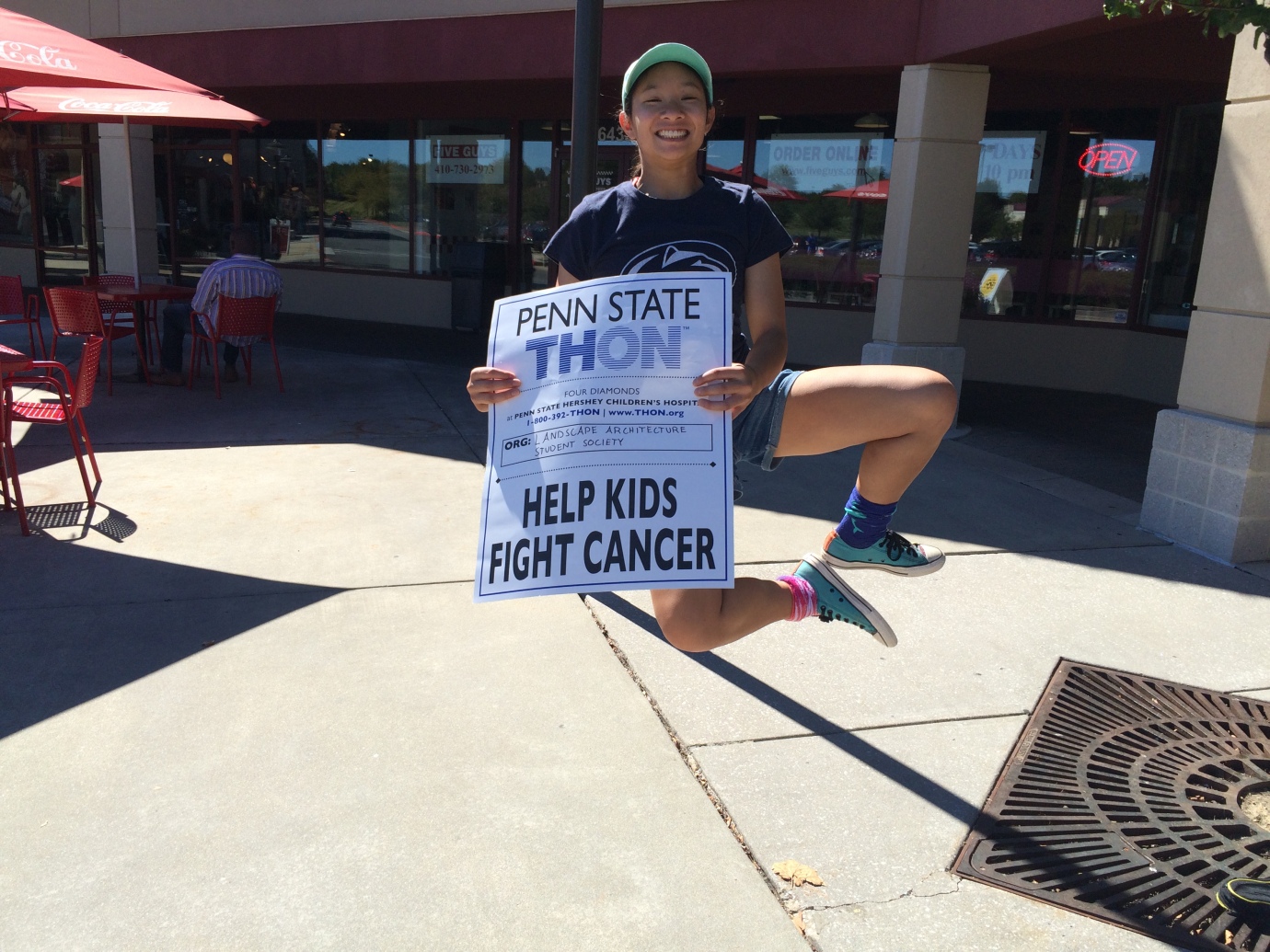 “Canning” is a fundraising method for Penn States “largest student-run philanthropy in the world” AKA THON (or Dance Marathon) which raises money for the Four Diamonds Foundation, an organization that supports kids and families with pediatric cancer. My passion for THON is no where near the equivalent of many of my friends who are involved much more heavily with fundraising and the like, but I still wanted to be part of the experience. The actual act of canning involves standing in front of stores with large cans that once held massive quantities of tomatoes and beans and asking people to donate money. It’s something of an experiment. What can I do to make people give us money? Does smiling really big at grumpy people make their day better or worse?

Last weekend, I went canning with the Landscape Architecture Student Society (LASS). We headed down to Columbia MD, and were hosted by the family of one of my friends. Although we arrived after dark, her family had an amazing spread of food for the 20 of us! We chatted for a while and watched Zootopia on Netflix (a great animated film by the way) and went to bed. 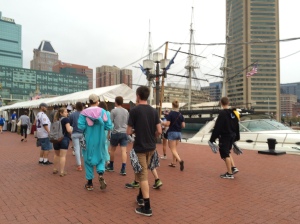 Walking down to the inner harbor to can!

After a morning breakfast, we headed out to inner harbor with our cans empty and our hearts full of dreams. Multiple events going on along the waterfront prevented us from spreading out as much as we wanted to but we made due. We brought Bluetooth speakers, costumes, and of course I brought my ukulele! It was fun to play for the people passing by. Some of them would smile or kinda bob to the music. Lots of people donated money. It felt rude to be asking people to donate. Most of our encounters were very positive but there were a few less enthusiastic people but nobody particularly unpleasant.It’s definitely fascinating to hear people explain why they are or aren’t giving money. “I was a dancer in THON!” (She gave us a sizable donation) or “If you were wearing an Ohio State tshirt I would give you a thousand bucks!” (He didn’t give us money). 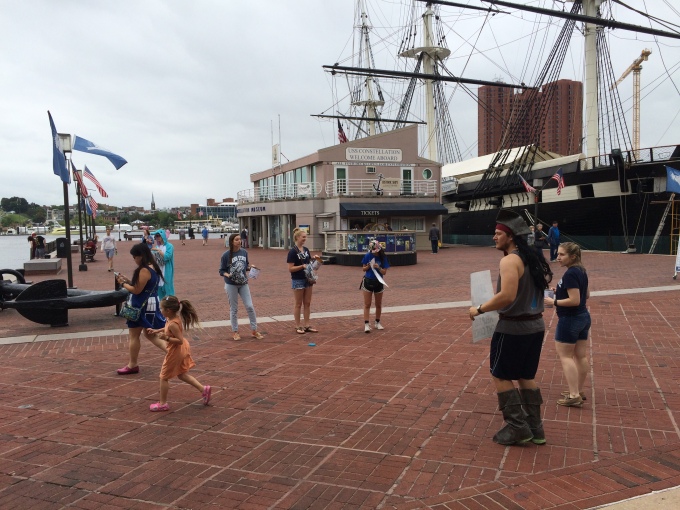 Us doing the canning thing. 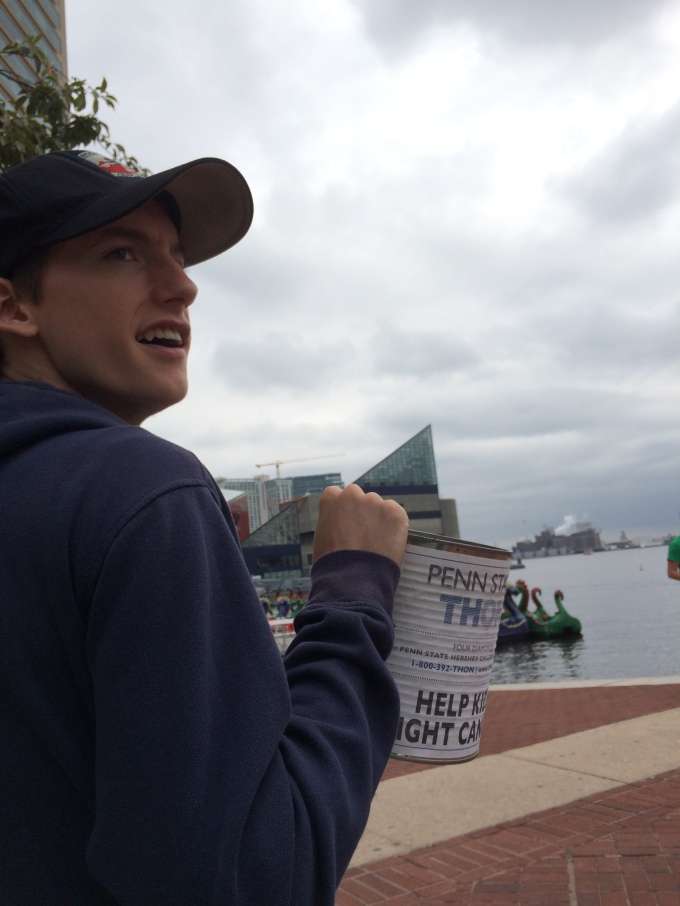 After 8 hours, we packed up and reconvened at the house for dinner and money counting. 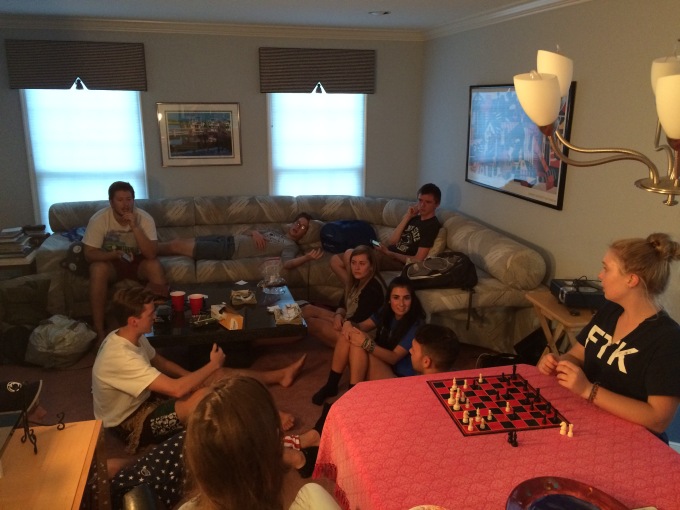 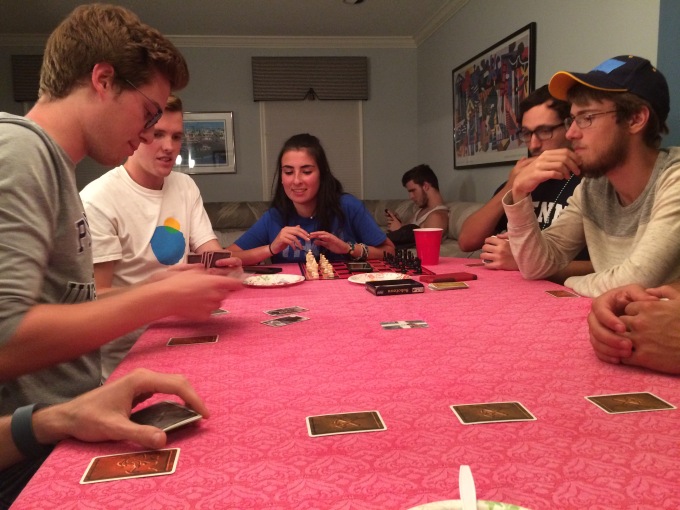 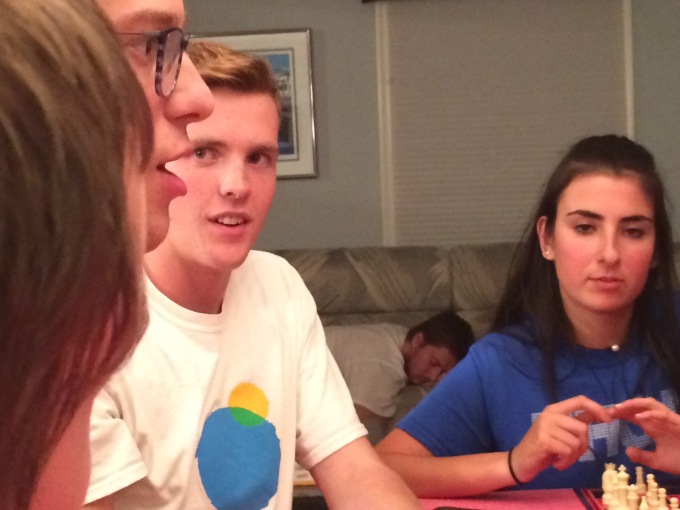 Our THON chair heroically crashing on the couch after a long, tiring day.

Day two was much shorter. Me and a few others from our group set up in front of a Panera. I didn’t play uke because it would ruin the Panera atmosphere. We didn’t stay very long since we had to get back to campus and we didn’t expect to get an appreciable amount of money from the venture. But, we did much better than we thought we would. Of course now, I don’t remember the total, but after pulling all the money together from our various canning groups, we reached somewhere in the range of $1,400! Not too shabby for a rag-tag gang of larchies!

My first canning trip was a wonderful experience and definitely rewarding and I’m super glad that I went, even though I let a bunch of work pile up over the last weekend. And those LASS people are pretty awesome too!