Guess what I did yesterday? I rode in a self-driving shuttle! It was an adorable little vehicle that only goes 12 miles an hour but it’s still pretty darn cool. The demonstrator people were showing it off in the parking lot. Look how cute: 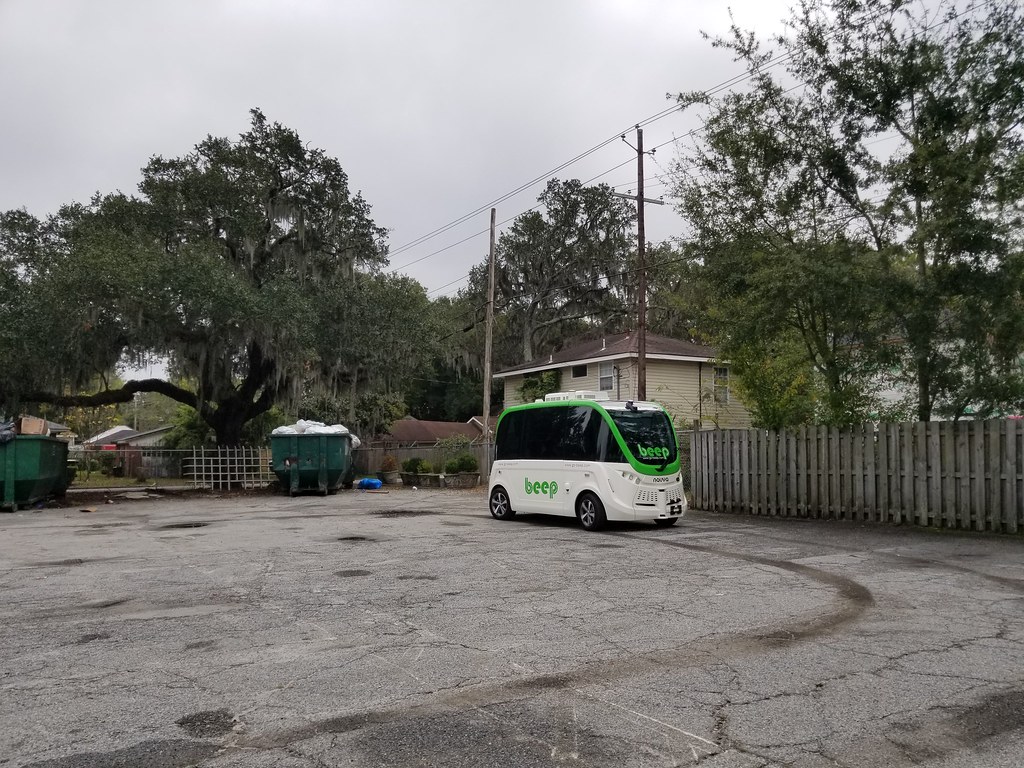 They set in a pre-programmed path and a destination for it to go and it’s so accurate it will be within four centimeters of that path! It’s got lots of camera and sensors but uses LIDAR data to detect obstacles as well. One of my classmates stood in front of it while it was moving and it actually stopped in front of him.

Yesterday, I also turned in my resin cased model which I thought turned out good but I didn’t get such positive comments from my professor. Oh well. It’s still pretty neato. The process if resin casting is a sort of wasteful, lengthy one.

First, I started with making my object our of REN foam, which I had to sand down into the shape I wanted (even though my professor was not a fan). Once I had a nice shape, I sanded it and sanded it with up to 2000 grit sandpaper to make it smooth. 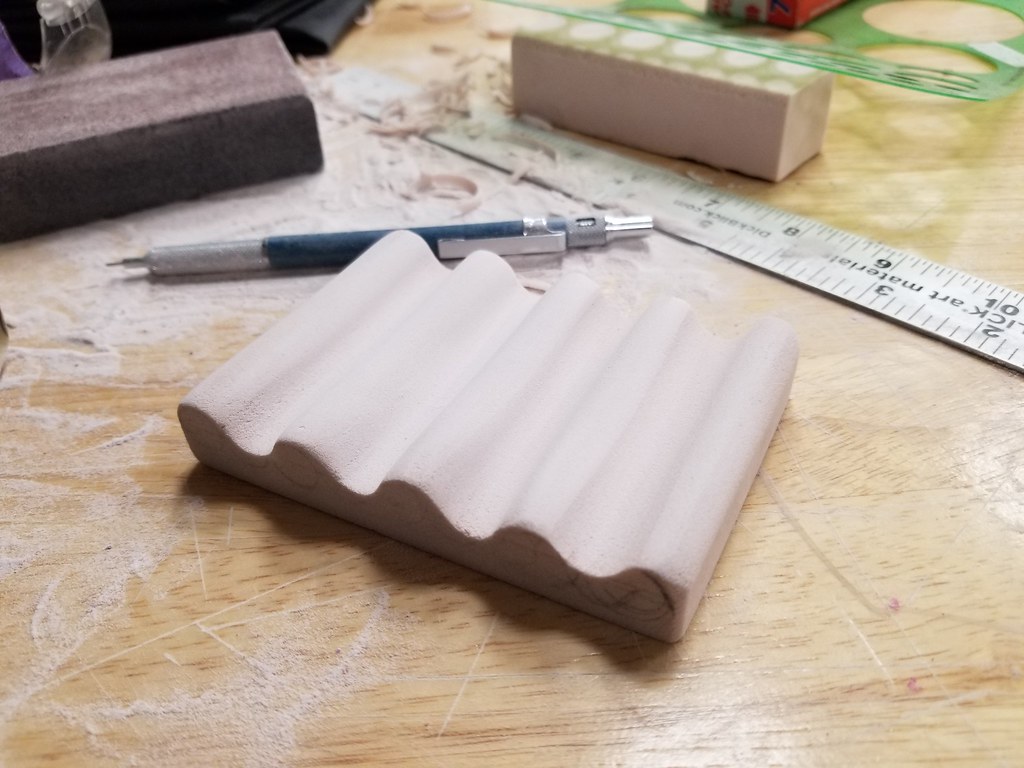 Then I sprayed it with a primer paint and sanded that until I reach 2000 grit as well. Once my model was good and smooth, I made a plywood box and glued the model to the bottom. Then I mixed together some very expensive silicone and poured it into the mold to make a negative cavity in the silicone in the shape of my object. 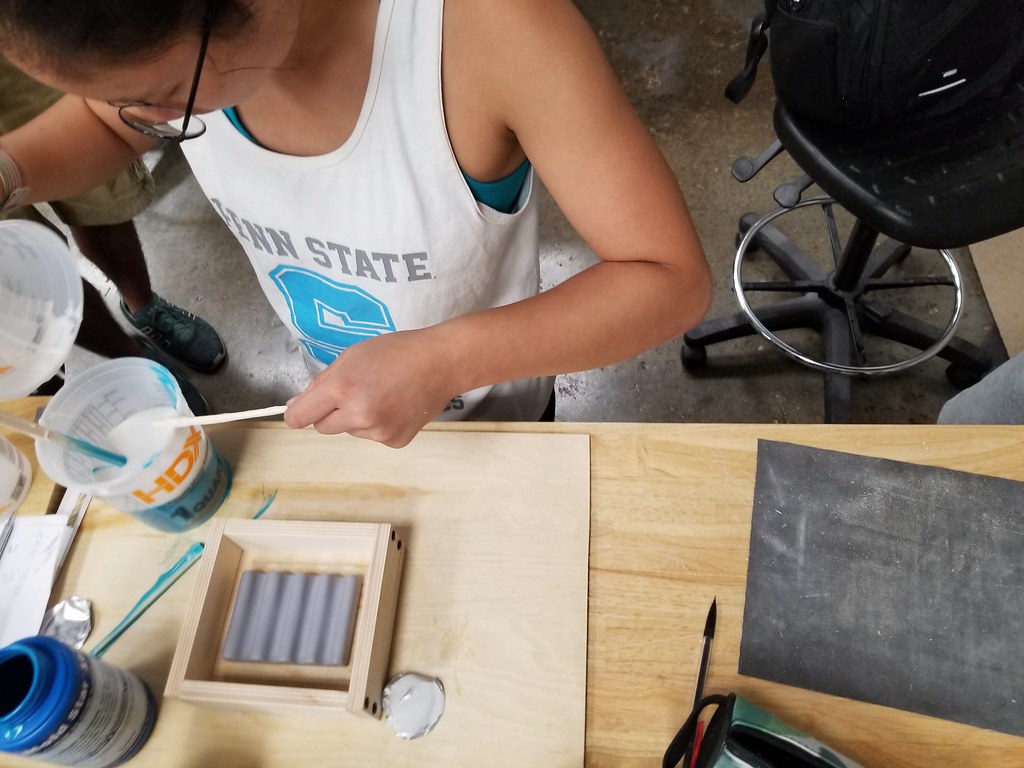 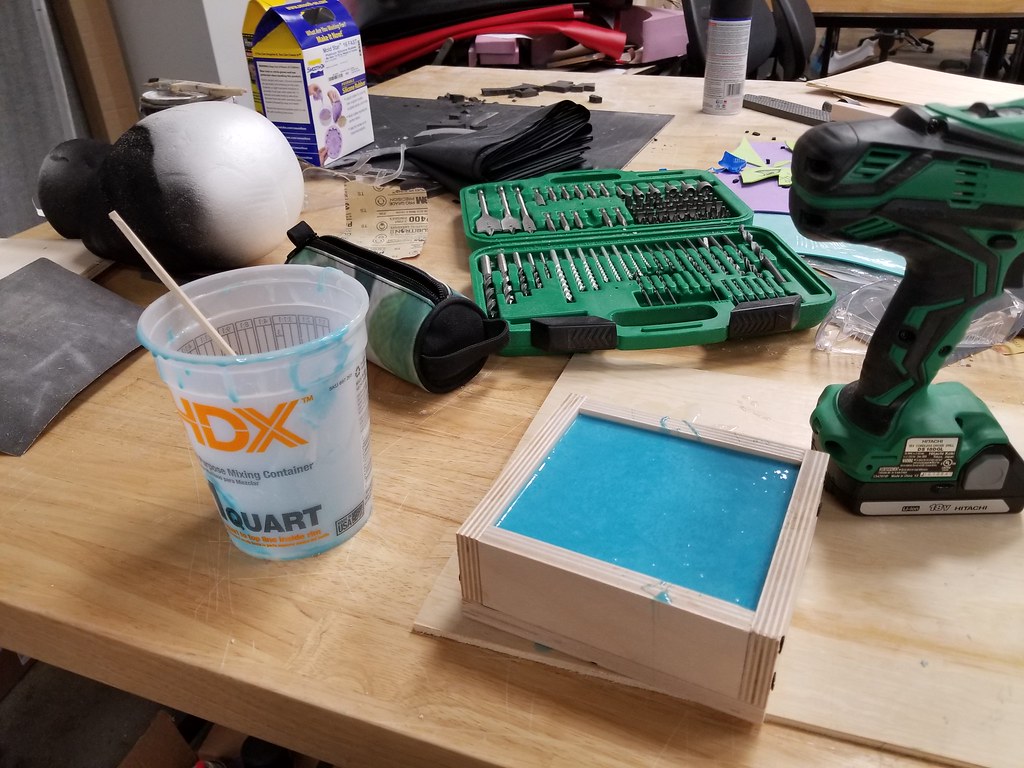 After the silicone hardened, I dismantled my box and removed the object so I had a silicone mold. 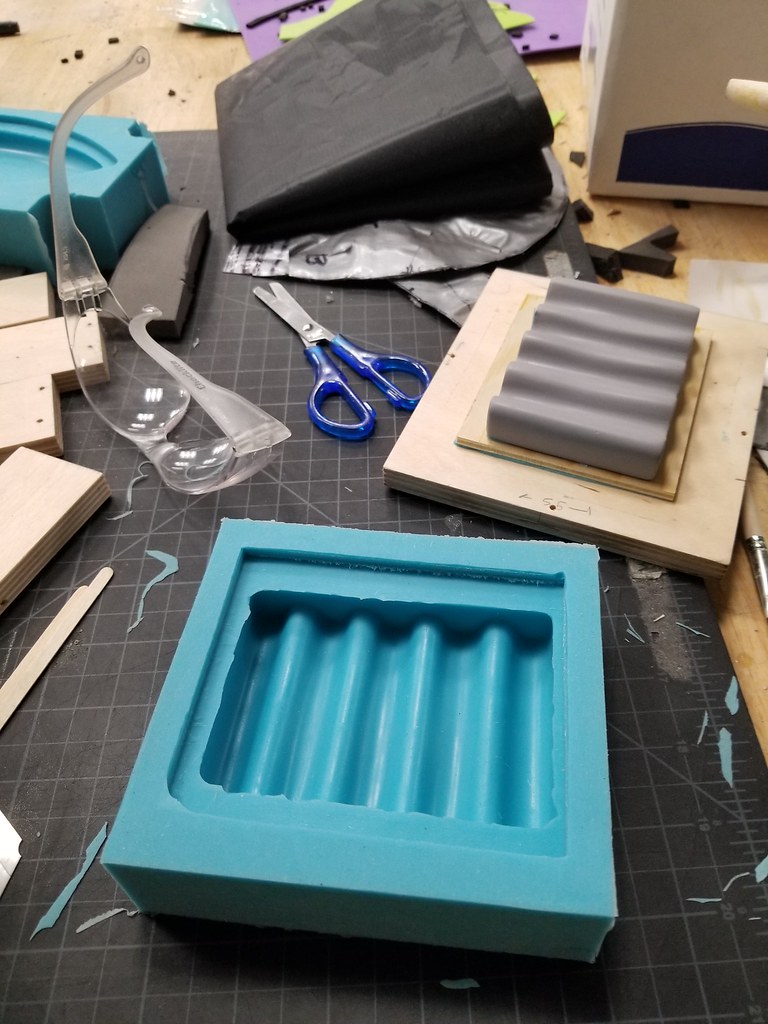 Then mixed together some very expensive resin, added color, and poured it into the mold. Very quickly after that, I had to put it into a pressurized chamber for an hour. The pressure was supposed to shrink any of the bubbles that formed in the resin so it would be perfectly finished. 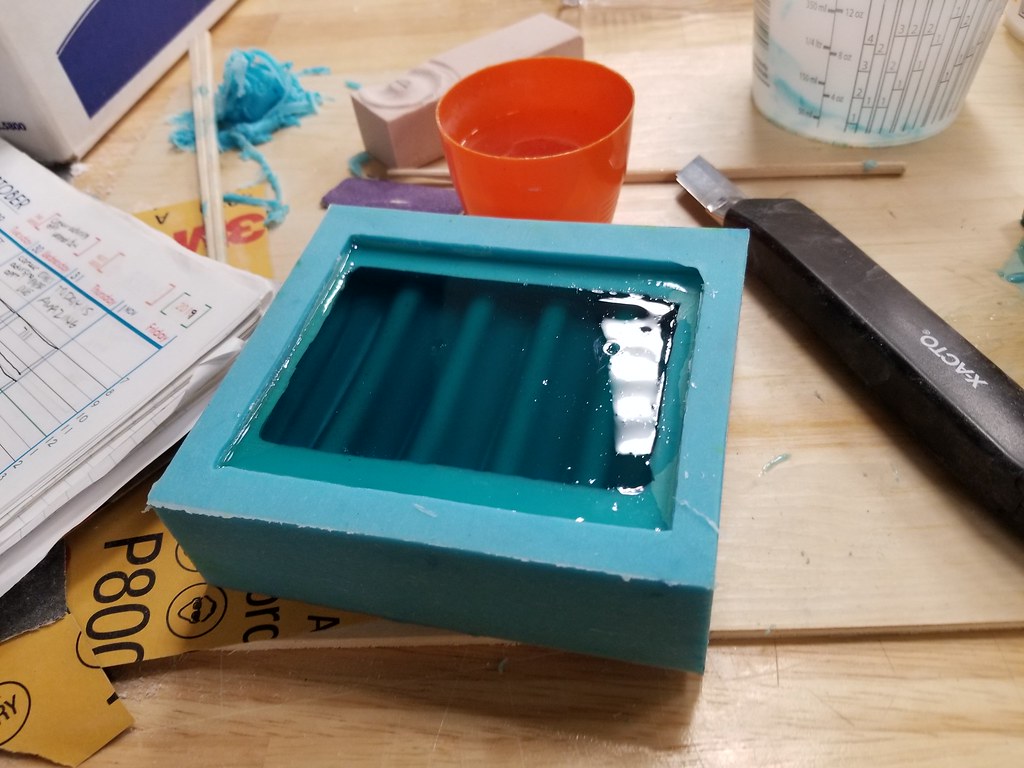 When I took it out of the mold, it wasn’t very shiny. I had to again sand it and sand it and sand it until I got any bumps and bubbles out and the surface was smooth. THEN I had to use a polishing compound and rub it on the object for like half and hour to make it shiny. THEN I took it to class where the professor pooped on my object with his words. (I am bitter about this, if you can’t tell). 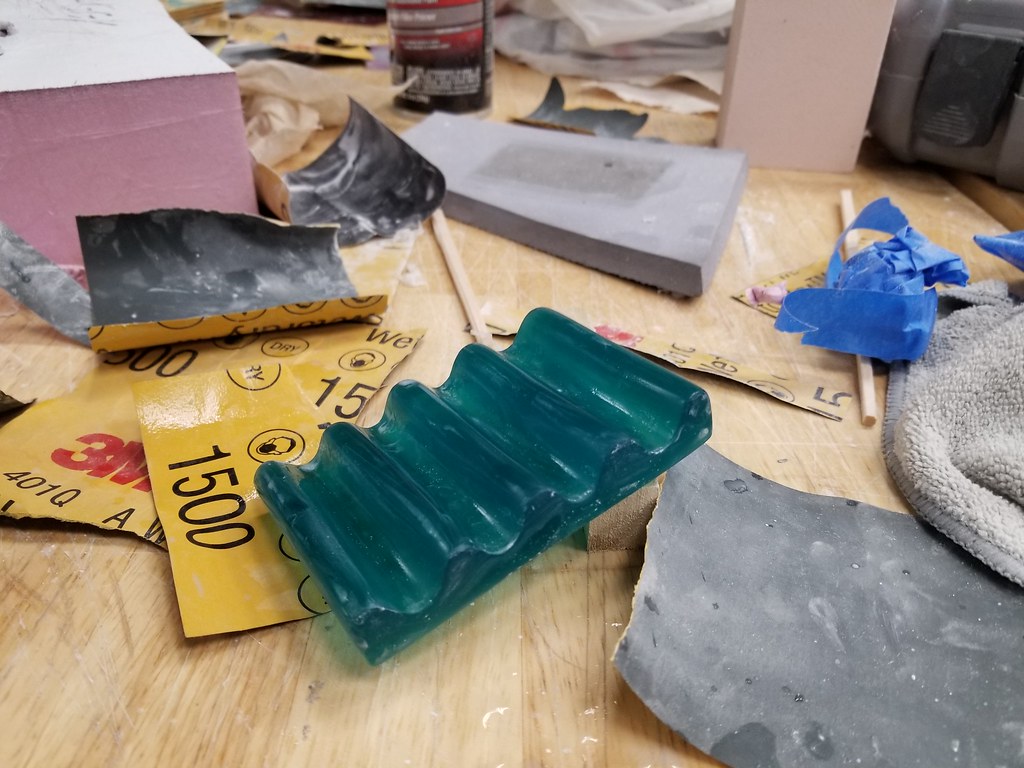 Over the weekend, my cousins came to town! They were here to run the Rock n’ Roll Marathon and they brought along their spouses and children for support. (I should clarify that they only ran the half, but that’s still twelve more miles than I ran that day). Watching thousands of runners at 8 AM definitely makes you feel like you aren’t doing enough with your day.

Anyway, after they finished, we hung out in Forsyth and listened to the live bands until the kiddies grew too grumpy and sleepy, so we got some food truck food and went back to my aunt’s house. I has a wonderful time meeting my new second (I think) cousins and catching up with my regular cousins and aunt. We ordered pizza for dinner and watched the Hunger Games catching fire.

Today is an “eat a block of cheese while sitting on the floor doing work and trying not to fall asleep” kind of day. It’s been a long quarter. It felt like forever, but I am finally going home next weekend! And I won’t have to be back until January!!! I’ve really been struggling the past few days. It’s not that I have a lot of work, it that my motivation to do stuff has greatly diminished and I want to go home. Also, I hadn’t been eating enough meals in the dining hall over the quarter and I have to use all my meals before the quarter ends. This is good because I don’t have to go to Kroger for the rest of the quarter but bad because I have no snack and I’m hungry all the time. But some things never change I guess.

There are some other projects I forgot to tell you about!

First is a helmet I made out of EVA foam. The kind of foam they use for those play mats that fit together like puzzle pieces. We had to have some kind of theme for the helmet and mine was the “don’t talk to me” helmet. It has giant headphones and spikes and looks very punk rock. 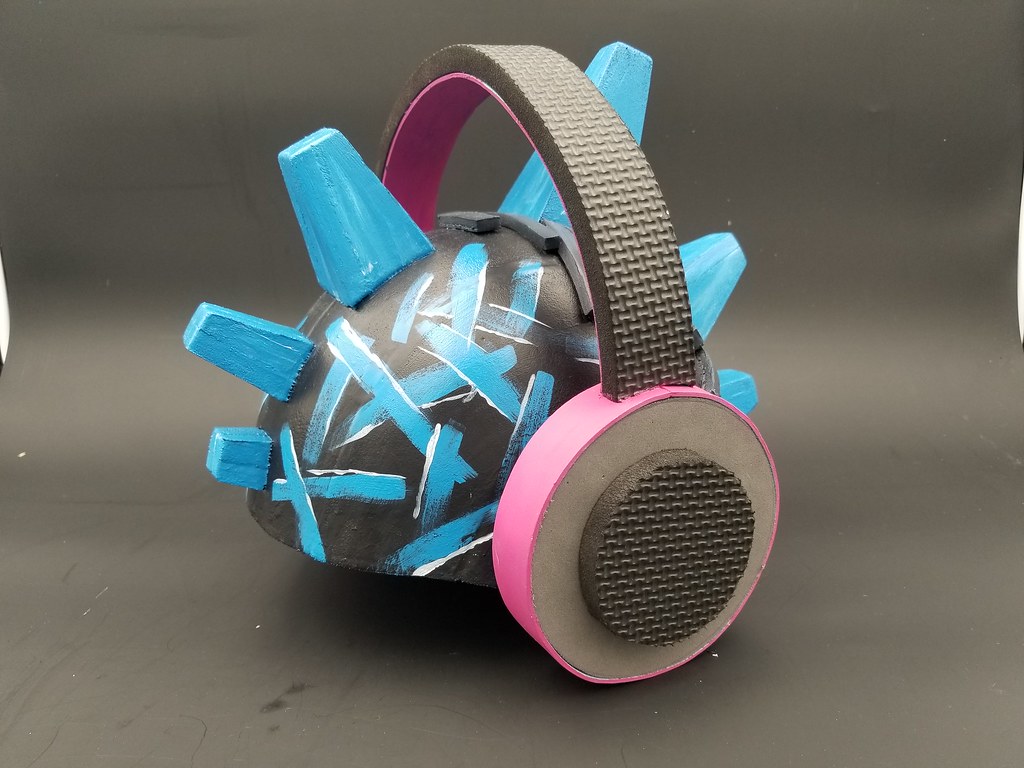 To make the helmet, we had make a template using a mannequin head. We were told to wrap the head in tin foil and duct tape and then trace out the shape of the helmet shape and cut it into pieces that can then be traced on the foam. The mannequin was the same size as my head but everyone else had bigger heads than me so they resorted to a different method to making their template the right size for their head. Here is a picture of them in action: 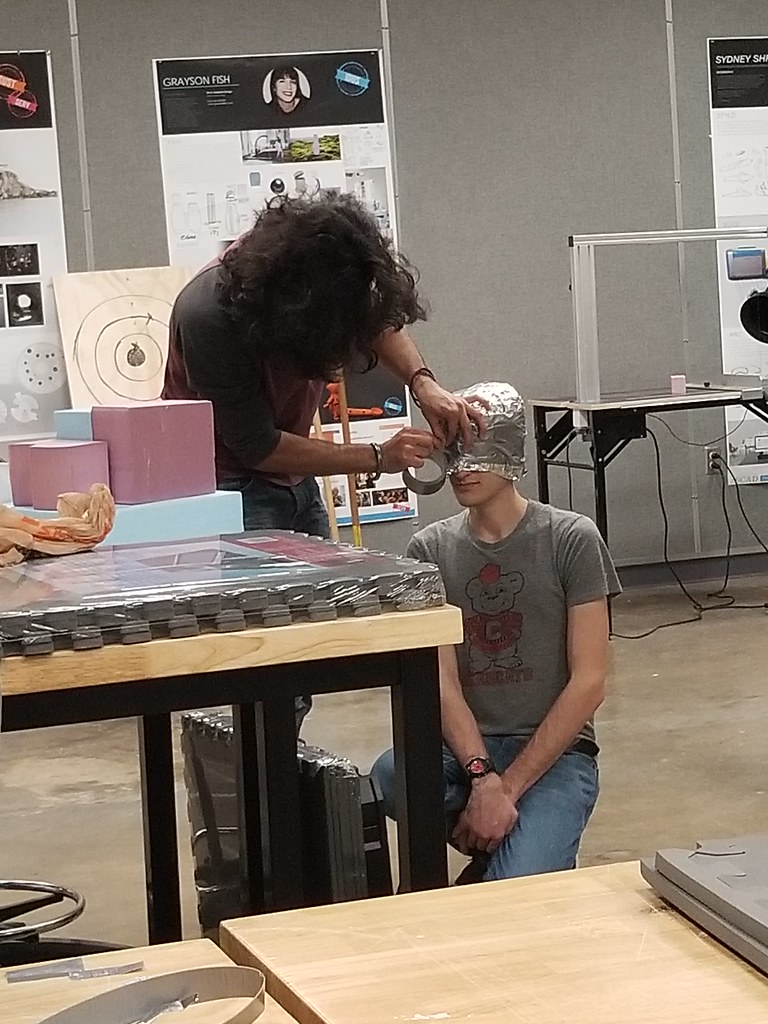 The other project I’ve been working on is replicating an object as close as possible to the original using techniques we learned in class. We are supposed to do two iterations. The first one was due a few weeks ago and the second one is due next week. The Second one has to be better than the first. I chose a foot tambourine that ended up being pretty difficult to make. Here is my first one (Can you tell which is the model and which is the original?!?!): 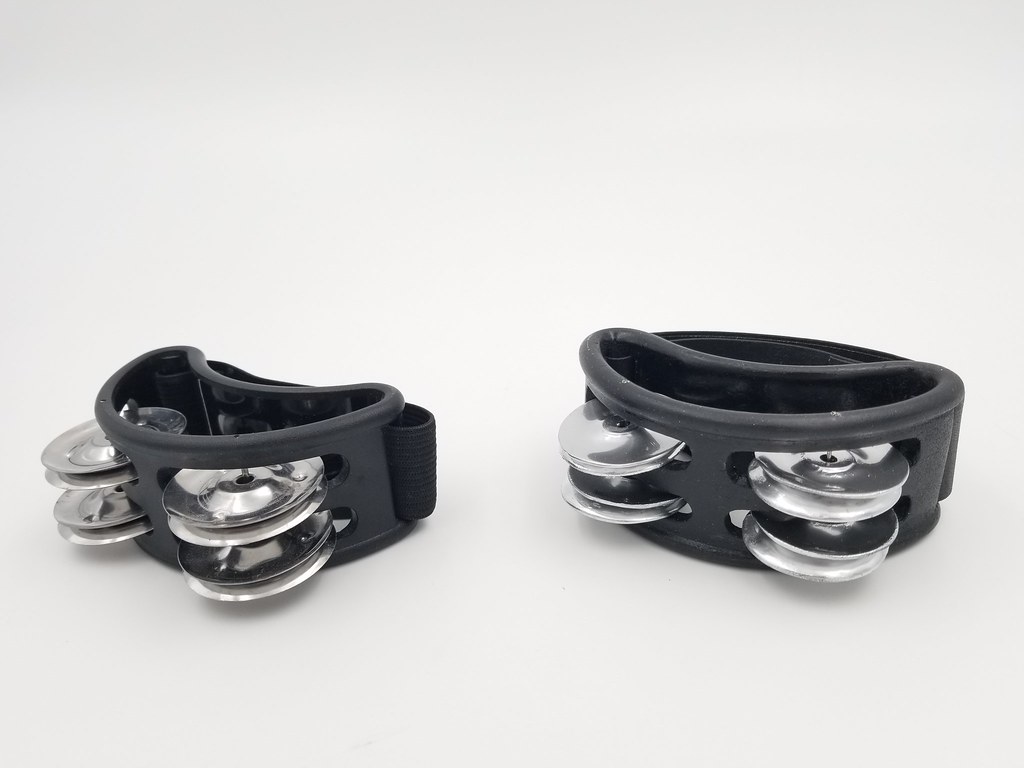 HINT: It’s the model is the one on the right!

Also, here is the picture of the Gulfstream building! 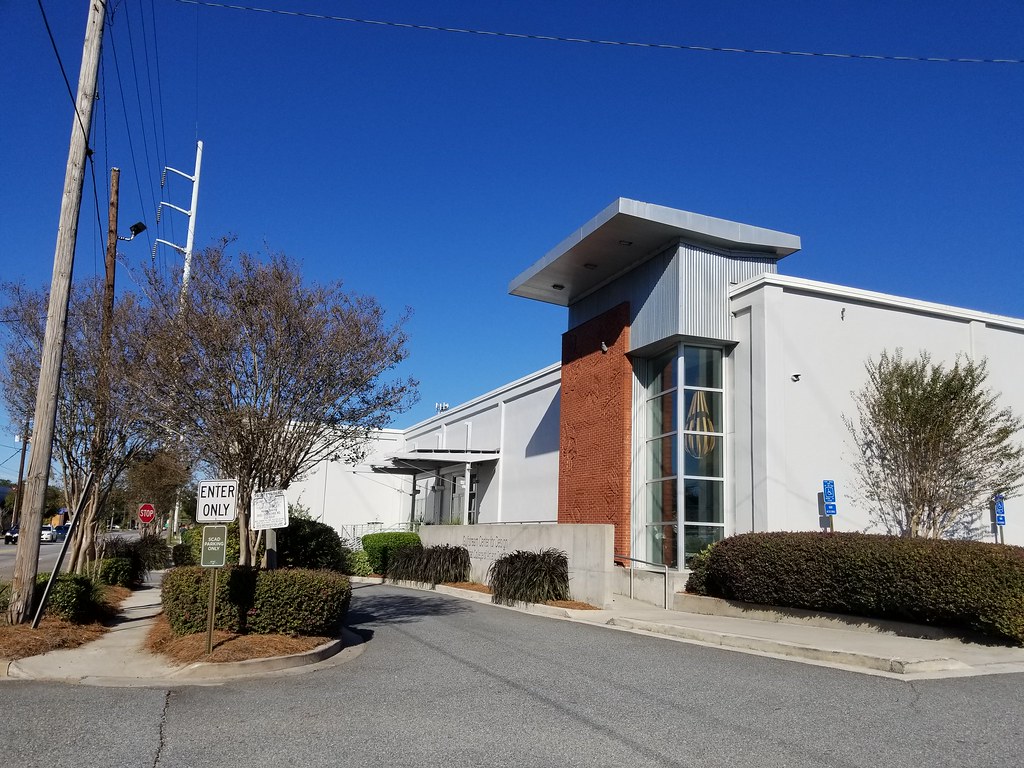 One thought on “The Future is Now”