It’s been so busy. What the heck. Anyway, I gotta catch you up because an insane amount of stuff has happened since my last post.

First. It’s Hard Core Foam Core. Where we have a week to build a giant model out of foam core and tape which we present to a small audience in the form of a rap. It’s a whole event that happens at the end of a very sleepless and stressful week and all the students taking this introductory model building class all perform and then there’s a vote. But the underclassmen teams always win because they know more people. You can’t find any videos of this online because apparently YouTube thinks it’s porn hahaha. Anyway, our prompt was to create an “exoskeleton” or suit that served a specific function. Our exoskeleton was for all terrain exploration and our rap song was to the tune of Thrift Shop by Macklemore. I wrote all the lyrics. We had every surface in the grad bench room covered with foam core and we spent many a night in there after midnight but finally we finished. 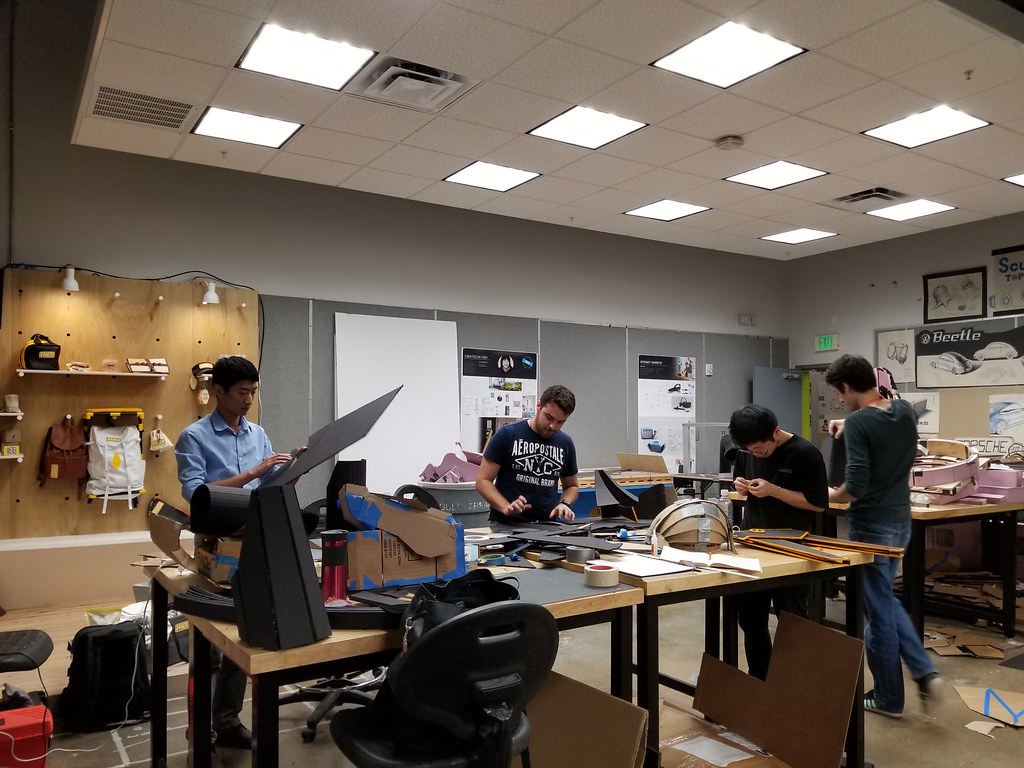 Here it is on our model! 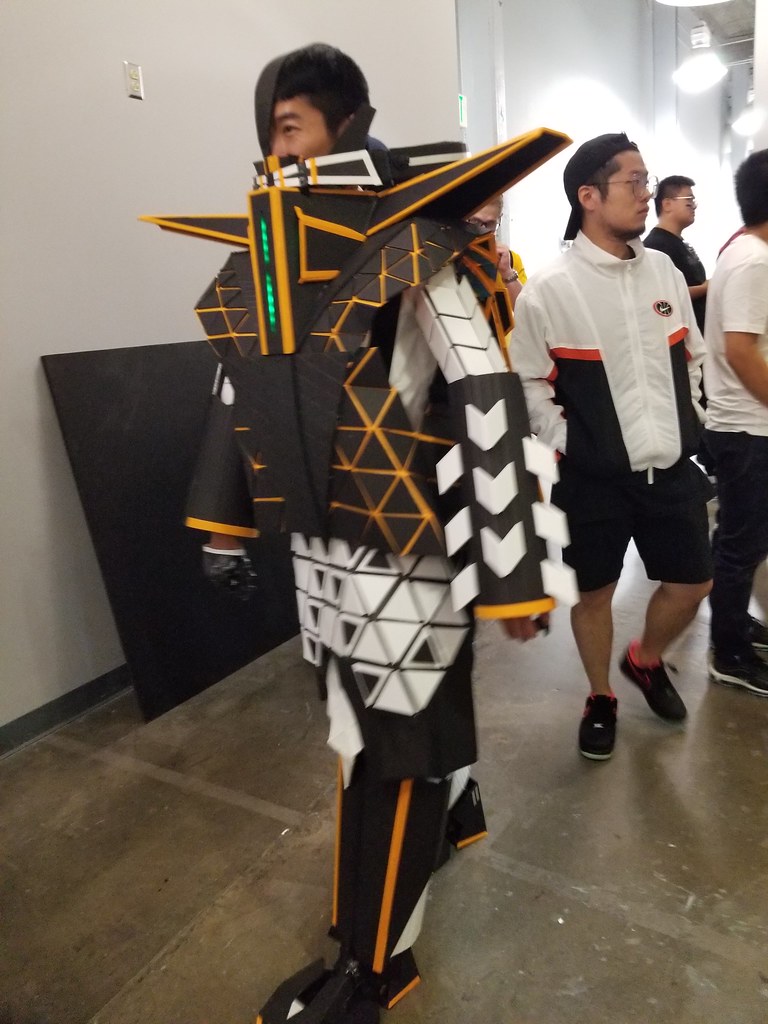 And here the suit is on our form after the event: 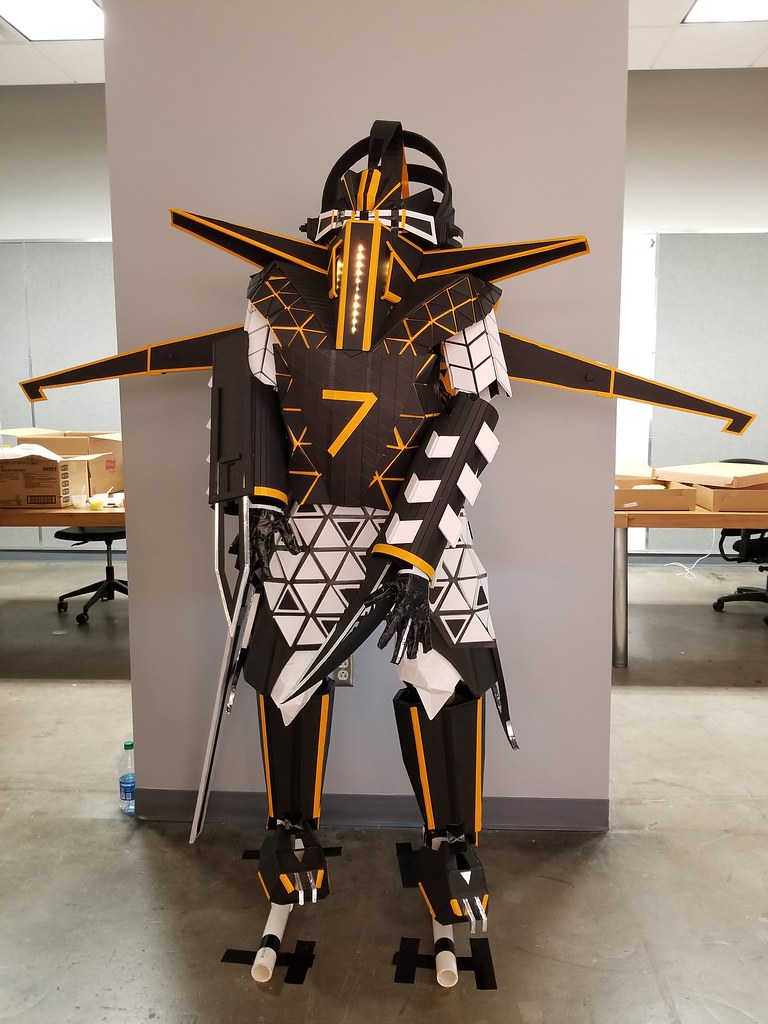 But yeah, sorry, I don’t have a video. Even though my rapping skills are tight, yo.

After the Hard Core Foam Core, we had to make elephants out of REN foam. It was an ungraded assignment but I made them look real cute. 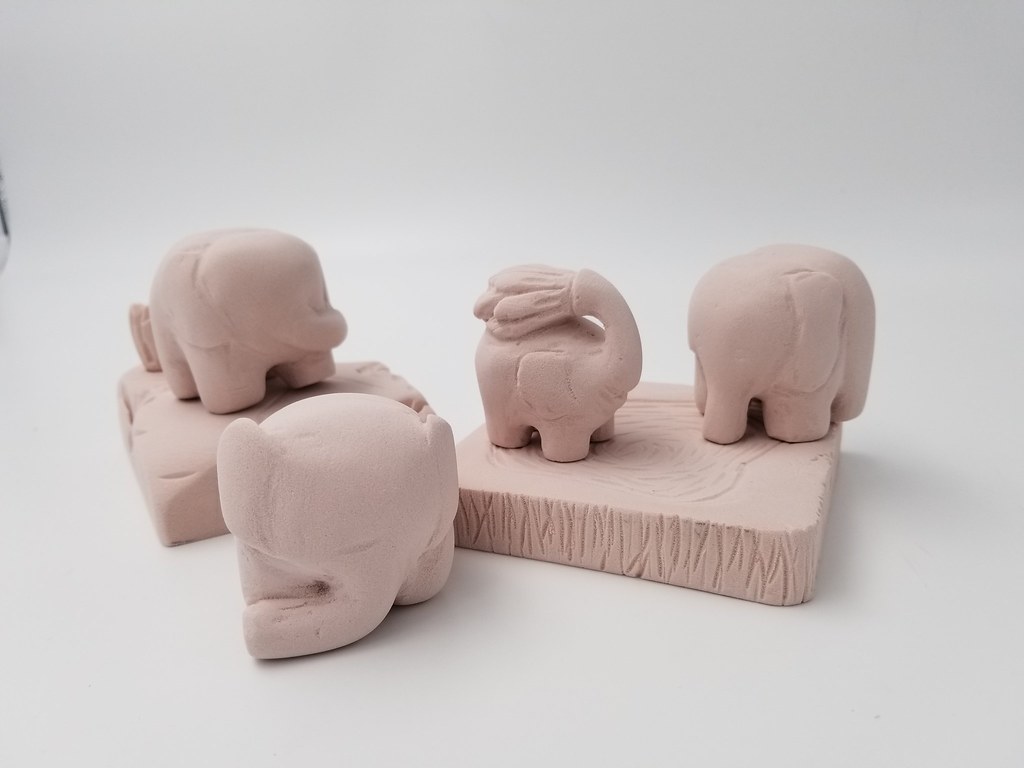 A few weeks ago, my cousin and his wife were in town! So I got to spend some quality time with them and my aunt. It was nice. I got to show them around the Gulfstream building, including our Hard Core Foam Core model that is on display. We then enjoyed an evening at the picnic in the park event in Forsyth Park. We listed to the Savannah Philharmonic. 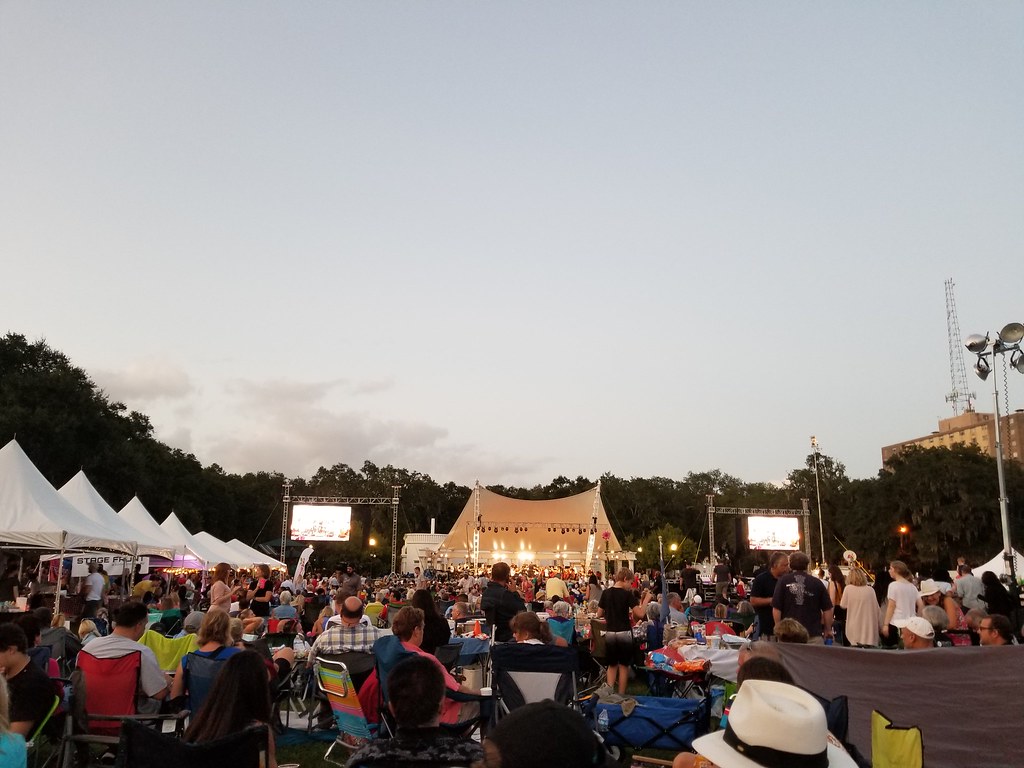 In my design theory class, we’re doing a project on reducing single-use plastic during travel. We had to interview a bunch of people and every little “data point” or notable thing that someone said was written down on a post-it note. We then had to read through all the post-its and group them into categories. Then we took those categories and grouped them into more categories. This process is called “affinitization” and it was kinda cool at first but then it was real boring. 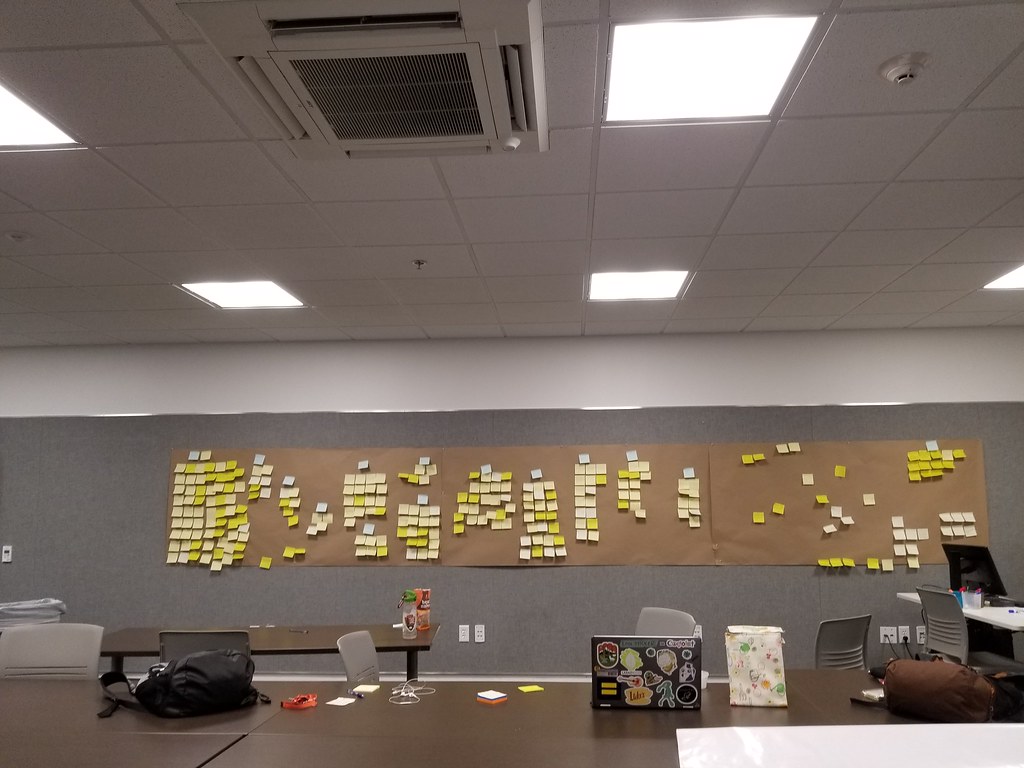 In model shop, we’ve been working on this very annoying lamp project. I was very excited about it at first because I wanted to make a very cool lamp but the project quickly sapped my self-confidence and became a burden for all of us by the end. Still it was a pretty cool process and I learned a lot cool model-making techniques. So first we planed a board and cut it into five pieces and glued it into a block. Then we turned that block on the lathe into our lamp shape. Here’s a pic o’ that: 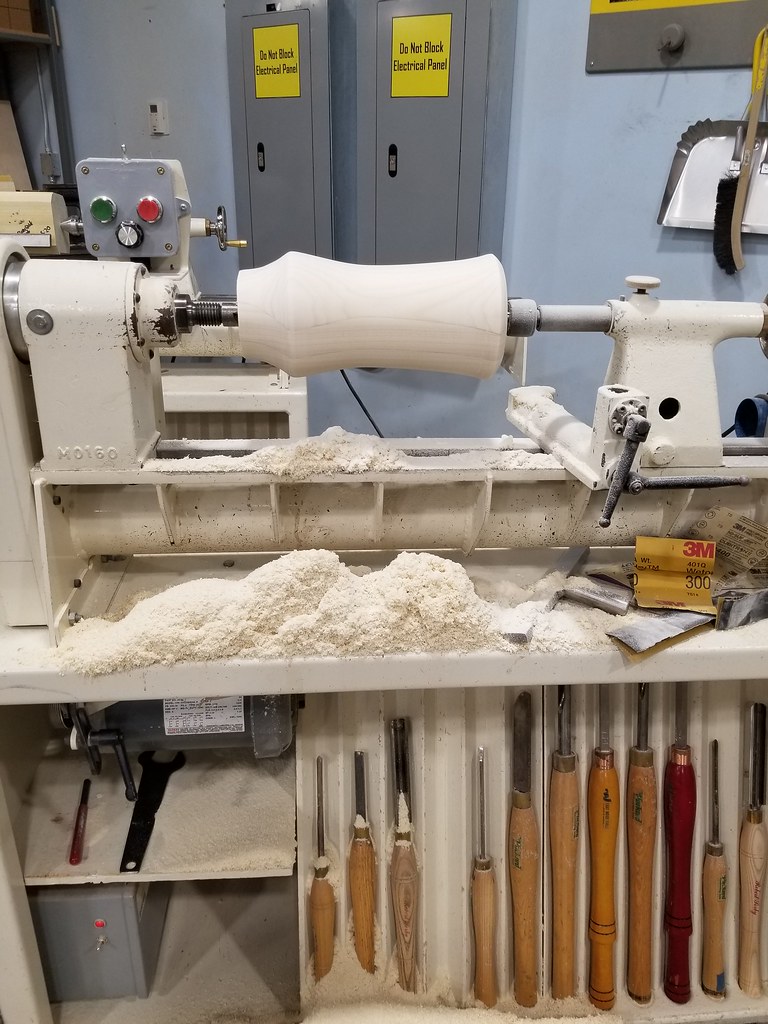 After that, we cut the wooden lamp in half. Yes, in HALF on the bandsaw and then do this really cool thing called vacuuforming. It’s a machine that molds a heated plastic sheet around the lamp half using a vacuum table. It’s really cool! It’s what they did on Mythbusters a lot to build models so I’m basically on Mythbusters, thanks for asking. But unlike Mythbusters, our machine is not very high tech. I’m not very good at explaining what it is, but here’s a picture. 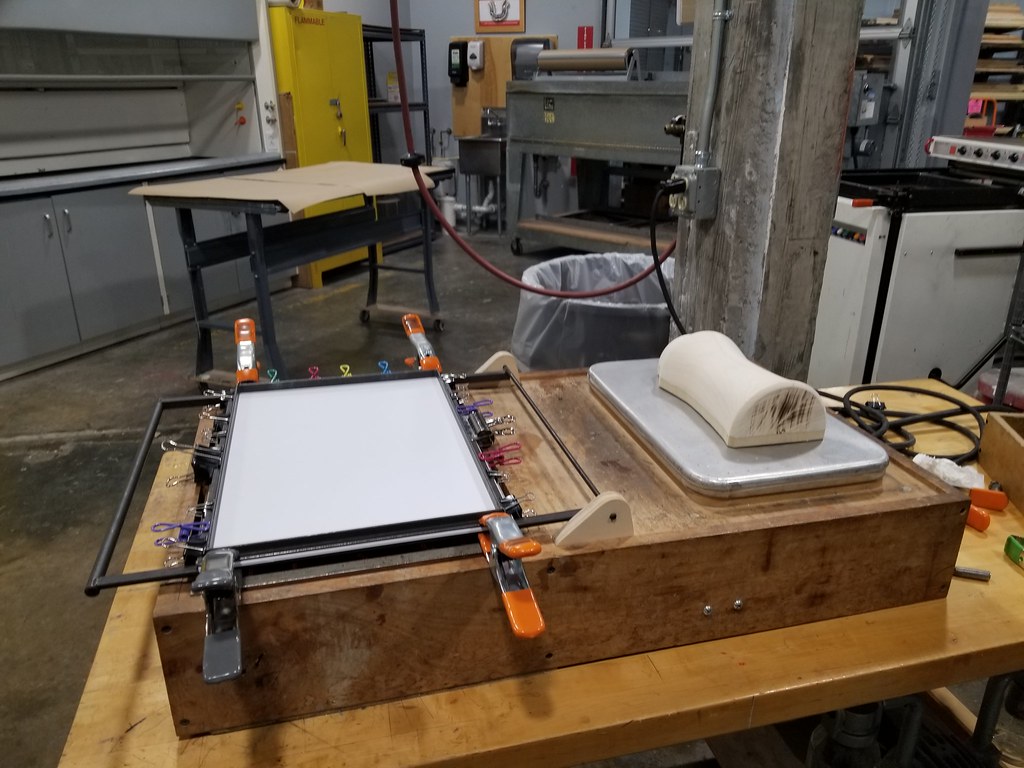 So the halves of the lamp (they are called plugs) don’t come out that easily after the vacuuforming so I had to cut the excess around the edges with the bandsaw and then kinda hammer it out with a wood block. 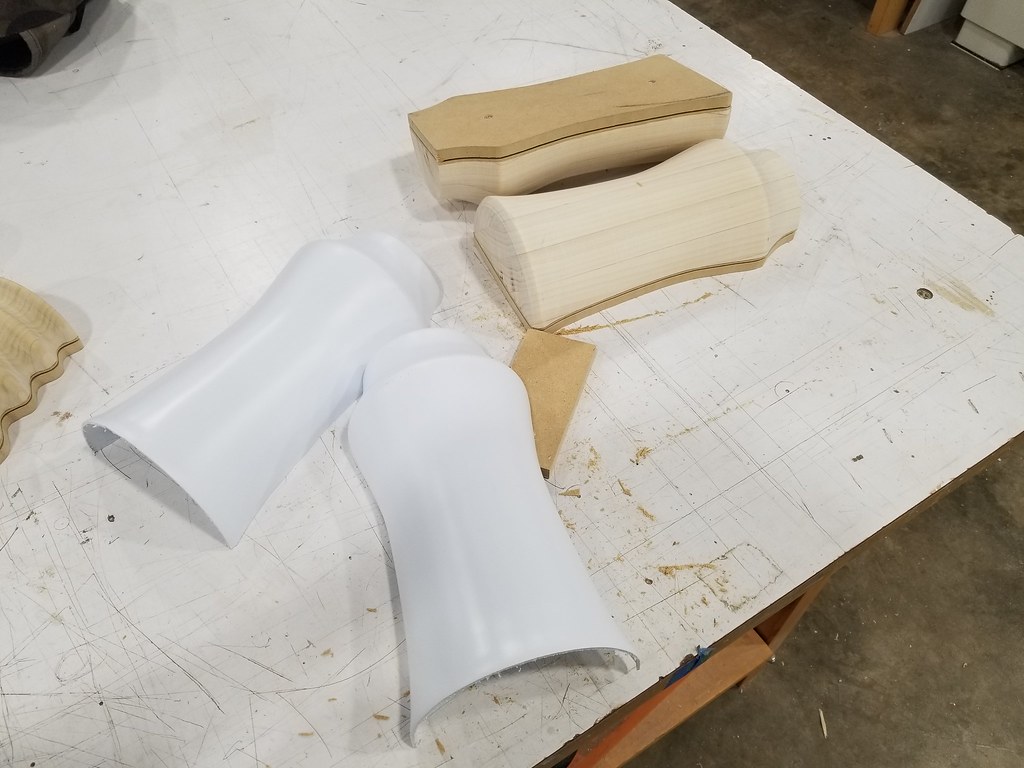 Then I glued the halves together with a glue that smells like something that no one should ever be smelling probably. Then I sanded down the glue on the seam and drilled a hole in the top of the lamp. When I drilled the hole in the top, the darn lamp split in half along the seam and so I had to glue it again. After I fixed that, I had to fill all the seams with Bondo, which is a scratch filler used for cars. Then I sanded that down and painted it with primer. In between each coat we had to sand the primer down. Then I coated it spray paint which, if applied incorrectly, caused dripping, which then had to be sanded after it dried. We were supposed to choose an automotive spray paint because it gave the best finish but I really wanted an orange lamp and there is a lack of orange automotive spray paint, due to the lack of orange cars, so I bought non-automotive spray paint which was probably a mistake. It was a lot of waiting around in between coats and I am a very impatient person so this was not my favorite. Also it dripped all over the palace and the sanding made it worse. So I kinda gave up before the clear coat and went home.

Here is how it turned out in the end, but you can’t see all the scratches: 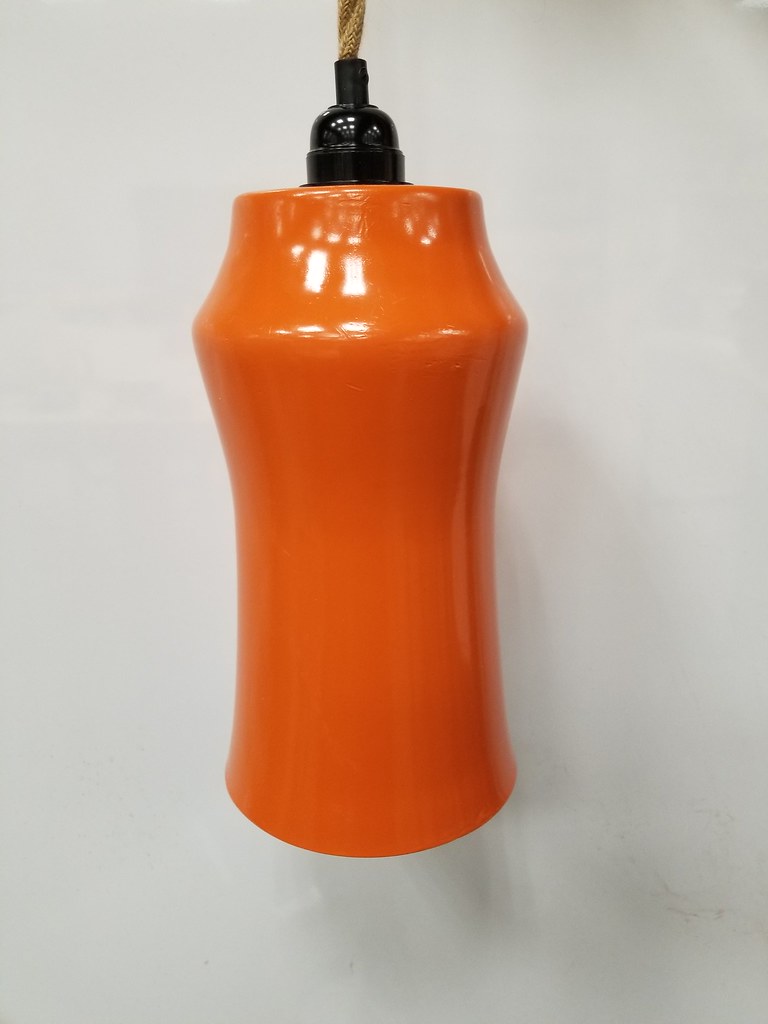 Yeah, it’s a hanging lamp. I have no idea where I’m going to put it but at least it’s orange like I wanted it to be.

Today, I had my 8AM class even though we usually don’t have class on Fridays because our professor was out of town on what was supposed to be the second makeup day. So I’m sleepy. Also, I had to go to the Ships of the Sea Maritime Museum to look at model ships. I really wanted to be interested in what the museum guy was telling us about all the ships but he went on for quite some time and I had not idea what all the nautical and ship-building jargon was about. I did learn that the Mayflower hull got turned into the roof of a barn outside of London. So that’s cool! The boat models were also very impressive! But there were so. many. boats. 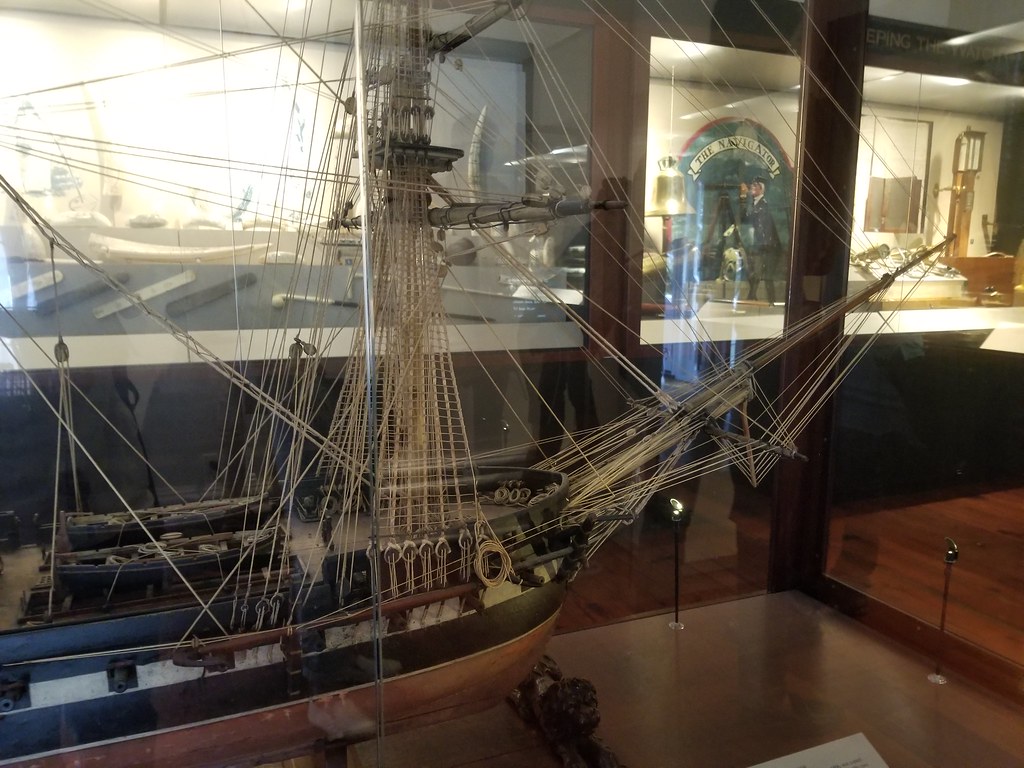 Good thing is after the boat museum, we went to all get dinner as a little friend group together at the Little Duck Diner. Then I went to the Gulfstream building to work on my current project which is to make a replica of one of our pink foam models using any of the modeling techniques we’ve learned so far.

It sounds like there’s going to be a big storm coming in tomorrow so it’s batten down the hatches for me! Also sidenote, I just spilled some tea on the carpet in my room so I better clean that up.

One thought on “Hard Core Foam Core, A Million Post-Its, My Dumb Lamp”